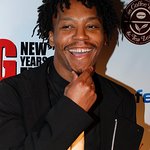 Lupe Fiasco and Jay-Z have taken to the studio to record songs to benefit Haiti after the recent earthquake, which has killed more than 200,000 people.

Guitarist The Edge said that Swizz called Bono, saying he and Jay-Z wanted to do something to help Haitians.

In addition to recording songs for Haiti, Bono will be performing at “Hope for Haiti” on January 22, along with Justin Timberlake, Alicia Keys, Christina Aguilera and Sting.