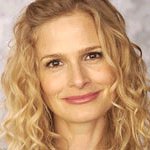 “With pro-equality gains in the legislature last week and a Governor-elect ready to sign a marriage bill into law, New York can be on the leading edge of fairness for all families,” said HRC President Joe Solmonese. “But the work is not done and these high-profile New Yorkers will spur fair-minded citizen to make their voices heard on this critical equality issue.”

The campaign is centered on video testimonials from New Yorkers who support the right of same-sex couples to marry. The ads will run online with possible placement elsewhere when the legislative fight for marriage equality heats up in Albany.

“This is a private issue that should never be determined by the government,” says Sedgwick in the video. “Everyone has the right to choose who they love and how they express that love.”

“We all deserve the right to marry the person that we love, so join us in supporting marriage equality,” adds Bacon.

An equal marriage bill failed last year by eight votes in the New York state Senate despite having the support of the Governor and being passed in the Assembly. HRC’s Campaign for New York Marriage worked to defeat Senators who voted against equality and helped elect fair-minded leaders including Senators-elect Tony Avella, David Carlucci and Tim Kennedy.

The Human Rights Campaign is America’s largest civil rights organization working to achieve lesbian, gay, bisexual and transgender equality. By inspiring and engaging all Americans, HRC strives to end discrimination against LGBT citizens and realize a nation that achieves fundamental fairness and equality for all.

The campaign and videos can be viewed online at www.hrc.org/NY4marriage.