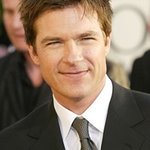 City Year Los Angeles, an education-focused, nonprofit organization that partners with public schools to help keep students in school and on track to graduate, will hold their second annual Spring Break: Destination Education event May 5, 2012 at the Sony Pictures Studios lot in Culver City, CA.

The event is held to raise funds and celebrate the work of City Year Los Angeles’ 210 AmeriCorps members who serve as tutors, mentors and role models to more than 2,000 at-risk students.

“City Year works because our corps members provide the intensive academic and emotional support students need to believe in themselves and succeed,” said Allison Graff-Weisner, Executive Director of City Year Los Angeles. “Spring Break: Destination Education is a chance for us to bring the Los Angeles community together to highlight the progress we’ve made in tackling the high school dropout crisis.”

City Year Los Angeles’ Spring Break: Destination Education is a fundraising celebration that brings together the entertainment industry, world-class brands and the Los Angeles community for a night of food, music and family-friendly fun. Last year, guests were treated to a party-style atmosphere with interactive booths sponsored by participating brands, and musical performances by LMFAO and Keri Hilson.

“We are so grateful that a large number of last year’s sponsors have recommitted for 2012 including The Hauptman Family Foundation, Beats by Dr. Dre, Interscope Records, Microsoft, People Magazine, ARAMARK, Disney, DreamWorks, E!, OPI, Sony Pictures and Warner Bros. Home Entertainment Group,” said Stacey Snider, Co-Chairman and CEO at DreamWorks Studios and City Year Spring Break Chair. “Our goal is to ensure that our sponsors and guests demonstrate their commitment to improving the lives of students in Los Angeles by celebrating education.”

Last year, the event brought more than 1,000 attendees to the Sony Pictures Studios lot and helped raise $1 million for the organization. Working in partnership with teachers and school administrators, City Year has had a positive impact on more than 7,000 students across Los Angeles during the past five years. By the end of the 2010-2011 school year, 79% of all middle school students tutored by City Year corps members improved their grades in math or English.

“Events like Spring Break are vitally important to growing City Year Los Angeles so we can broaden our impact in the community and continue providing the critical adult presence students need to stay on the path to graduation,” said Andrew Hauptman, Chairman of City Year Los Angeles. “We’ve received an overwhelmingly positive response, so I am confident Spring Break 2012 will be bigger and better.” 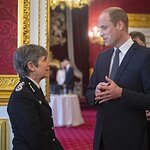 The Duke of Cambridge Marks the 150th Anniversary of the Metropolitan and City Police Orphans Fund Feb 26, 2020

The Duke of Cambridge, Patron of the Metropolitan and City Police Orphans Fund, recently held a reception at St James’s to mark their 150th Anniversary. More →
More news →