12.12.12 Concert To Be Broadcast Live And Released On iTunes 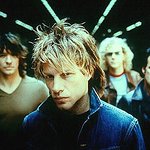 “SiriusXM recognizes the importance of reaching as many people as possible to raise funds for the victims of Hurricane Sandy,” said Scott Greenstein, President and Chief Content Officer, SiriusXM. “We hope that our generous and informed listeners will join the millions of people donating aid to support the recovery and help the victims of the storm.”

Thanks to the generosity of concert organizers, sponsors, and Robin Hood's board of directors, every single penny from ticket purchases and donations will go to serve the victims of Hurricane Sandy through the Robin Hood Relief Fund.

The concert is being produced by James Dolan, Executive Chairman of The Madison Square Garden Company; John Sykes, President of Clear Channel Entertainment Enterprises; and Harvey Weinstein, Co-Founder and Chairman of The Weinstein Company.

Columbia Records announced today that they will release music from the “12-12-12” benefit concert, presented by Chase, to provide the most assistance possible to the victims of Hurricane Sandy through the Robin Hood Relief Fund. The fundraising concert at Madison Square Garden on Wednesday will feature iconic performers and a selection of 24 live tracks from the event will be available for pre-order on iTunes starting today at iTunes.com/121212. A physical album will be made available as soon as possible.

The net proceeds from the soundtrack will go to the Robin Hood Relief Fund, which is providing money, material and know-how to local organizations that are serving families and individuals in the regions hardest hit by the storm.