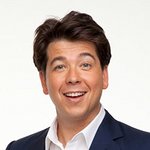 Red Nose Day is back on BBC One on Friday 15th March with a fantastic evening of unmissable TV: Comic Relief – Funny for Money.

A star-studded line-up of the nation’s favourite comedians will be doing something funny for money as Red Nose Day celebrates its 25th anniversary with a TV extravaganza.

A stellar line up of presenters – Michael McIntyre, Rob Brydon, John Bishop, Zoe Ball, Lenny Henry, Davina McCall, Jack Whitehall, Nick Grimshaw, Jonathan Ross, Dermot O'Leary, Claudia Winkleman, Alan Carr, David Walliams and Russell Brand – will entertain from start to finish, with original sketches from the stars of the comedy firmament promising to keep the nation roaring with laughter. Here is a taster of what will be shown live on the night – there will also be further announcements about more exciting sketches in the coming weeks!

For one night only viewers will be treated to a comedy special of the nation’s favourite TV drama, Call the Midwife. Miranda Hart, Jessica Raine, Pam Ferris, Jenny Agutter and the other midwives struggle to get to grips with a particularly unusual birth!

Rowan Atkinson will be donning a cassock for the occasion and addressing the nation as the new Archbishop of Canterbury. The Archbishop will be sharing his views on the importance of fundraising for “Red Nose in Need”, in a script written and directed by Richard Curtis.

Peter Kay will be pushing himself to his physical limits and taking on the ‘toughest challenge ever undertaken for Red Nose Day’ as he forces himself to sit down for practically a whole week. The highs and lows of Peter’s gruelling adventure will be shown on the night, with the comedian hoping to make a triumphant arrival live at BBC Television Centre.

Slough’s most famous salesman, David Brent, will be back for a Red Nose Day special and this time the legendary businessman will be employing his talents as a music producer in a not to be missed sketch.

Viewers will also be treated to Comic Relief does MasterChef, with comedians Jack Whitehall and Micky Flanagan going head-to-head in a cook off for the one and only Dame Edna Everage. There will also be two sketches from Comic Relief legend David Walliams, one of which will see David share an intimate secret with some of his celebrity friends.

The loudest and proudest mother in Ireland Agnes Brown, from Mrs Brown’s Boys, will be telling the nation all about the ways she has raised money for Comic Relief, whilst Russell Howard has filmed a special Good News which will feature some of his favourite funny moments from the last year. Award winning magician Dynamo will also be performing a mindboggling trick that promises to leave viewers awestruck.

Pop sensation Jessie J will finally be taking on her big ‘Dare’ and will be shaving her head down to 0.5mm live on the night. Jessie J is part of a team of celebrity Fun Raisers who are hoping to encourage the nation to do something funny for money this Red Nose Day. Miss Piggy who has been encouraging the nation to ‘Dress Up’ will also make a live appearance.

The night will also feature a performance from the world’s biggest boyband One Direction who have recorded this year’s official Red Nose Day single ‘One Way or Another (Teenage Kicks)’ – a mash up of Blondie and The Undertones.

There will also be highlights from Fresh Meat’s university challenge; Fresh Meat does Comic Relief. The cast will travel to five universities on the ‘banter bus’ and take on various fundraising activities in the hope of raising as much money as possible for Comic Relief.

All the celebrities who battled their way down the Zambezi – Dara O'Briain, Melanie C, Jack Dee, Chelsee Healey, Phillips Idowu and Greg James – will be live in the studio on the night as we hear more of what they went through in the name of Red Nose Day. Highlights will also be shown from Mark Watson’s 25 hour stand-up gig and Comic Relief’s Big Chat with Graham Norton.

There will also be powerful reminders of the serious side of Red Nose Day, with moving appeal films from John Bishop, Brenda Blethyn, Rob Brydon, Davina McCall and Bill Nighy to show how the money raised could help change lives both in the UK and in Africa.