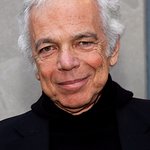 Although the name Ralph Lauren brings to mind images of high society, it is not usually associated with magnanimity; however, it should be. The iconic fashion designer has been very generous and even founded the Polo Ralph Lauren Foundation to support higher education and programs which provide healthcare in medically-underserved communities.

In contrast to his present lifestyle, Ralph Lauren comes from a working-class background. Born in the Bronx in 1939, he was the youngest of four children. As a teenager, Lauren worked part-time for NYC department stores and became enamored with fashion design. After high school, he was hired as a designer. In 1967, Lauren started his famous company which is headquartered in the former Rhinelander Mansion in NYC.

Lauren is as generous as he is successful. In 1998, his company donated $13 million to the Smithsonian Institution to preserve the original American flag that inspired “The Star-Spangled Banner”. In 2001, in cooperation with Sloan-Kettering, he established the Ralph Lauren Center for Cancer Care & Prevention in East Harlem, New York. Assisted by Polo Ralph Lauren designers, the interior of the Center features African-American and Latino art. Lauren also established Fashion Targets Breast Cancer (FTBC) in 1990, after his dear friend and fashion editor of the Washington Post, Nina Hyde, died of breast cancer.

Ralph Lauren has supported the following charities listed on this site:

Google trends for "Ralph Lauren"
Available to Insiders only
Get Insider Access to these insights & more...

You can contact Ralph Lauren using details from this service. (Or read our advice on how to contact celebrities)

After PETA urged Ralph Lauren to ban mohair, the New York–based retail giant joined the more than 270 brands worldwide that have pledged not to sell the cruelly obtained material. More → 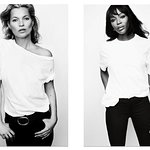 Kate Moss and Naomi Campbell have been photographed by Mario Testino to celebrate the 20th anniversary of Fashion Targets Breast Cancer in the UK, as the campaign launches today. More →
More news about Ralph Lauren →

We don't have any videos related to Ralph Lauren.