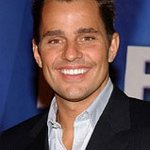 Bill Rancic and his wife Giuliana are strong supporters for Operation Smile, hosting fundraising events and campaigns such as the “Show Your Love” Valentine’s Day campaign in February 2010. Bill leverages his personal motivation and commitment to help Operation Smile transform the lives of children around the world.

Several years after his introduction to America as Donald Trump’s original Apprentice, Bill continues his commitment to entrepreneurship throughout the country. Today, he is building businesses, seizing opportunities and sharing his views on how to succeed in business and in life. Currently, Bill is developing real estate in Chicago, producing and appearing in several television programs and speaking to businesses and organizations on motivational and business topics.

Bill also regularly appears in The Board Room on NBC’s primetime show “The Apprentice.” He stars in the A&E series “We Mean Business,” Style Network’s reality series “Giuliana and Bill” and is the executive producer of “Repo Man,” airing soon on Discovery Channel. He makes regular appearances on numerous daytime broadcast and cable television programs such as Today, The Tonight Show, The View and various CNBC programs to talk to viewers about business and entrepreneurship. He also regularly appears in many major national, regional and local print outlets throughout the country.

A published author, he wrote Beyond The Lemonade Stand to help educate and motivate young people worldwide about the value of money and how to leverage skills, talents and abilities at an early age. All proceeds from the sale of this book have gone to charity. Beyond The Lemonade Stand is the follow up to The New York Times best-selling book, You’re Hired: How To Succeed In Business And Life From The Winner Of The Apprentice, which chronicled Bill’s successful life, experience and proven advice.

A budding entrepreneur at a young age, Bill got his first taste of success by founding Cigars Around the World in a 400-square-foot studio apartment in Chicago. And today, it is a multi-million dollar operation now owned by Synergy Brands, where he sits on the board of directors.

Bill Rancic has supported the following charities listed on this site:

Google trends for "Bill Rancic"
Available to Insiders only
Get Insider Access to these insights & more...

You can contact Bill Rancic using details from this service. (Or read our advice on how to contact celebrities) 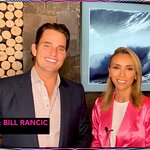 The Pink Agenda will hold their first-ever Virtual Gala on October 8, 2020, taking their signature Annual Gala to a new format with a very special live-stream viewing experience and an online silent auction. More →
More news about Bill Rancic →