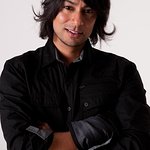 For five years, Sahay starred as ‘Lester Patel,’ the morally challenged frenemy to Zachary Levi’s title character, member of the ‘Nerd Herd’ and lead singer of the fictional band ‘Jeffster’ on the NBC spy-comedy “Chuck.” The role gave Sahay his US break and a reputation as ’defier of multiple stereotypes and scene stealer." The series aired its final episode in January 2012, and will always be remembered for the show-saving fan initiatives through Subway Sandwiches.

After wrapping a guest starring role on Fox’s series “Bones”, Sahay is currently shooting a series regular role for the TV pilot “Satisfaction” for Canada’s CTV, in which he portrays Dan Dallas, a dental hygienist with curious interests and a mortal fear for his authorative wife.

He recently wrapped a leading role as Eric Sarin, the brains in a defense law team investigating a gruesome murder in William Brent Bell’s new horror film WER, slated for theatrical release in 2013.

MY AWKWARD SEXUAL ADVENTURE, in which Sahay plays a lady’s man and best friend to the lead character (played by Jonas Chernick who triples as writer, producer and star) world premiered at the prestigious TIFF and won the ’People’s Choice Award’ at the Calgary International Film Festival. The US premiere will follow at the Santa Barbara International Film festival in January 2013.

Prior to joining “Chuck,” Sahay appeared in many television movies and series. Sahay played the lead character in YTV’s “Radio Active,” in addition to starring roles in Bruce McDonald’s "Platinum, " “Escape from The Newsroom” by Ken Finkleman, the Nickelodeon TV-movie series “Roxy Hunter,” and guest spots on “Without a Trace” and “Las Vegas.” The actor spent two seasons on the hit Canadian television series “This is Wonderland,” which won a Canadian Gemini Award. He also received a Canadian Comedy Award nomination for his role on the series “Our Hero.”

Sahay’s film credits include such feature films as Gus Van Sant’s GOOD WILL HUNTING, David Cronenberg’s eXistenZ, the comedy release THE ROCKER,Mike Clattenburg’s AFGHAN LUKE,
and the thriller TIME BOMB. In 2009 the actor traveled to India to shoot the drama AMAL, which was nominated for six Genie Awards.

Vik Sahay has supported the following charities listed on this site:

Google trends for "Vik Sahay"
Available to Insiders only
Get Insider Access to these insights & more...

You can contact Vik Sahay using details from this service. (Or read our advice on how to contact celebrities) 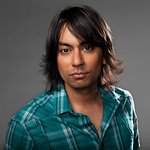 Best known for playing Lester Patal on NBC’s Chuck, Vik Sahay is also a keen supporter of charity. LookToTheStars.org recently sat down and chatted with him about philanthropy. More →

We don't have any videos related to Vik Sahay.