Charice performed at Leeza Gibbons' A Night To Make A Difference, where she told Look To The Stars how much she admires philanthropic celebrities such as Leeza, Olivia Newton-John, David Foster and Oprah, and aspires to give back like they do.

Born in the Philippines, Charice has been entertaining audiences on stage and television across Asia for several years. Her immense talent as a performer came to the forefront in the U.S. after people began seeing her on YouTube.

Her United States television debut on the Ellen DeGeneres Show and several performances that followed on the Oprah Winfrey Show brought her to the attention of 15-time Grammy winning producer and songwriter David Foster, who then signed her to his label 143/Reprise Records. Charice joined the David Foster and Friends show which toured the U.S. and was aired as a PBS special. Her debut CD is due to be released in early 2010 and she is also scheduled to appear in the new Alvin and the Chipmunks movie due in U.S. theaters on December 23, 2009.

“I am honored to help Operation Smile and the work they do in helping children around the world,” said Charice. To have a chance to change the quality of even one child’s life and ensure a better future could not be more important."

“As an organization that had its start in the Philippines and is so deeply connected to their people, we are thrilled to have such a talented young performer from this country embrace our cause,” said Dr. Bill Magee, Co-founder and CEO of Operation Smile.

Charice received a standing ovation after a special performance at the 2009 Operation Smile gala in Los Angeles, California, on October 2, 2009. After learning more about the organization, Charice was determined to become more involved with Operation Smile and help children in the Philippines and around the world have a new chance to smile.

Charice Pempengco has supported the following charities listed on this site:

Activity
Social reach
Google trends for "Charice Pempengco"
Available to Insiders only
Get Insider Access to these insights & more...

You can contact Charice Pempengco using details from this service. (Or read our advice on how to contact celebrities)

International music superstar Charice — who is also known for playing Sunshine Corazon on Glee — is using her powerful voice to speak up for Mali, the solitary and lonely elephant languishing in a barren enclosure at the Manila Zoo. More → 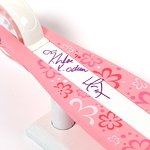 Celebrity-Signed Scooters Go Out The Door For Charity Oct 5, 2011

Scooters signed by a host of stars – including Khloe Kardashian and the Black Eyed Peas – are up for grabs during Radio Flyer’s celebrity charity auctions this month. More →
More news about Charice Pempengco →