On a summer morning in 1992, Henry Buhl was leaving his loft on Greene Street in SoHo, when a local homeless man asked him for $20. He figured: if you give a man a fish, he eats for a day; teach a man to fish, he eats for a lifetime. So Henry offered the man a job sweeping the sidewalk in front of his building, and then rallied the stores on his block to do the same. This was the beginning of Project Comeback, which empowers homeless charities and New Yorkers to donate and get homeless people off the street.

Within a few months, word had spread about the new homeless programs sweeping NYC. Recovering homeless men and women were eager to accept work cleaning the streets of SoHo to rebuild their lives. Henry began to accept referrals from homeless outreach and charity organizations and the SoHo Partnership was born, followed by the TriBeCa and NoHo/Bowery Partnerships. In 1997, the Association of Community Employment Programs was created as an umbrella organization to unify the New York City initiatives.

Today, their homeless charity serves individuals from over 40 shelters and treatment programs from all five New York City boroughs. They have consolidated the neighborhood partnerships under the name ACE, and currently conduct street sweeping in SoHo, TriBeCa, NoHo/Bowery, Nolita, Bedford/Downing and the West Village of NYC.

ACE Programs for the Homeless has received support from the following celebrities listed on this site:

Activity
Social reach
Google trends for "ACE Programs for the Homeless"
Available to Insiders only
Get Insider Access to these insights & more... 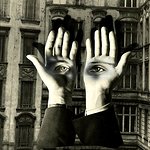 Russell Simmons will be receiving the ACE Humanitarian Award today, June 11, as ACE Programs for the Homeless celebrates 20 years of empowering the homeless and improving communities. More →

We don't have any videos related to ACE Programs for the Homeless.