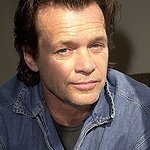 Rocker John Mellencamp has unveiled the main acts set to kick up a storm at Farm Aid 2008.

The concert – which will take place on September 20 – will be held for the first time in New England, and will see performances by Mellencamp, Neil Young, Dave Matthews, and Willie Nelson, all of which are on the board of directors for Farm Aid. More acts will be announced over the next few weeks.

“We are proud to bring our annual Farm Aid concert to a region that has such strong agricultural roots and to the many people who love to eat the good food grown in New England,” said Nelson, Farm Aid’s president. “I’m looking forward to bringing my friends together on the Farm Aid stage to celebrate and support family farmers.”

Now entering its 23rd year, Farm Aid has raised more than $23 million for family farms and organic agricultural initiatives since the first concert in 1985. A plethora of stars have appeared at the concerts to increase awareness of the importance of family farms over the years, including Jon Bon Jovi, Bob Dylan, Vince Gill, Sammy Hagar, Don Henley, Billy Joel, Charley Pride, and Lou Reed.

“New England was built on the strength of independent family farmers,” said Mellencamp. “We can honor that independent spirit by joining Farm Aid to grow the movement that is changing the way all of America eats.”

The concert will take place at the Comcast Arena in Mansfield. Tickets go on sale July 28 through Ticketmaster.

Some of today’s hottest hitmakers are providing one-of-a-kind experiences and items to The ASCAP Foundation for a silent auction taking place virtually between November 30 and December 15. More →