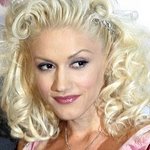 Anybody in the market for a new set of clothes should head over to www.clothesoffourbacks.org to pick up some hand-me-downs from the stars.

Also up for auction on the site is the black Donna Karan Collection gown that Rachael Ray wore to the 35th Annual Daytime Emmy Awards and Barbara Walter’s black Chanel handbag.

Bidders must be quick – the Maternity Fashion auction ends on August 27 and the other items must go out the door by August 29.

All of the proceeds from the auctions will be donated to Clothes Off Our Back' selected charities, which include Feeding America, The Art of Elysium, Hope North, and H.E.L.P. Malawi.

Entrepreneur Tony Robbins, a bestselling author, philanthropist and the world’s #1 life and business strategist, together with Feeding America, the largest domestic hunger-relief organization in the United States, today announced that they are closer than ever to their multi-year goal of helping provide 1 billion meals to people experiencing food insecurity. More →