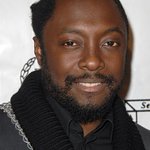 Philanthropist and medical research innovator Michael Milken convened one of the most impressive global conferences recently.

In its 17th year, the annual Milken Institute Global Conference held at the Beverly Hilton Hotel in Beverly Hills, CA attracts a torrential deluge of Fortune 500 CEOs, heads of state, celebrities and influencers in the for-profit, non-profit, and public sector.

The mission of the Milken Institute and its flagship conference is “to improve lives around the world by advancing innovative economic and policy solutions that create jobs, widen access to capital and enhance health.”

The guest list could easily be mistaken for attendees at the World Economic Forum in Davos, Switzerland or the annual TED conference in Vancouver, Canada. Among the 3,500 attendees, numerous celebrities appeared on panels or could be seen walking along the endless cavernous hallways or the bustling hotel lobby. will.i.am from the Black Eyed Peas was on the “Disruptor” panel where he held up his wristwatch phone – which he had the idea for and found a design and engineering team to create it – and spoke about how he teaches the disadvantaged kids from his former neighborhood Boyle Heights, CA to think like an entrepreneur and to chart their own future.

Cofounder of Water.org Matt Damon spoke on “The Water Crisis: Time to Turn the Tide” panel where the pressing discussion was about the 780 million people in the world that lack access to clean water and why 5,000 children die from diarrhea every day. Charlize Theron, founder of the Charlize Theron Africa Outreach Project and Peter Twyman, CEO of Keep A Child Alive – an organization where Alicia Keys is their global ambassador – spoke on the “Harnessing the Power of Community: Fighting AIDS in South Africa” panel. Almost six million South Africans – more than 10-percent of the entire population – live with HIV/AIDS.

Unlike the 18-minute presentations at the TED conference, the hour-long panel discussions at the Global Conference have more of an in-depth Charlie Rose-type interview style, where the attendees can really gain a much deeper understanding of what the issues are and how to solve them.

The Milken Institute Global Conference has become an annual Disneyland gathering of ambitious idealistic leaders who want to change the world and the pragmatic, capital-savvy financiers who can make those dreams a reality.

For more information, all the panel discussions can be viewed on the milkeninstitute.org website.