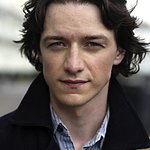 James McAvoy announced that fans have the chance to take home the white Prada shirt he wore to the 91st Academy Awards, which James had signed by dozens of celebrities during the event: prizeo.com/JamesMcAvoy.

For donations beyond the $10 minimum, fans can receive extra rewards like original Annie Leibovitz photo prints of James signed by the actor, X:Men memorabilia and other items to be announced throughout the campaign.

The Prizeo sweepstakes is benefiting Ronald McDonald House New York, which James cares deeply about and has supported for many years. The House provides temporary housing and support for pediatric cancer patients and their families in a nurturing environment.

“James has been a strong supporter of the House for several years through our relationship with MDC Productions and we are so appreciative of his generosity of time that he has given to the families of Ronald McDonald House New York who have a child fighting pediatric cancer,” said Ruth Browne, CEO & President of Ronald McDonald House New York. “James has personally gone above and beyond to make this incredible sweepstakes initiative come to life and we are so grateful to be the chosen recipient.”

Through MDC, McAvoy was introduced to the House a few years ago and since then he’s spent quality time lifting the spirits of children and families going through extreme hardship. He’s attended screenings for films like XMen: Apocalypse and Sherlock Gnomes and made time to stop by when he was in New York hosting Saturday Night Live last month. MDC is thrilled that James has chosen to auction off this famous Oscars shirt to benefit the kids and families of Ronald McDonald House New York.

The James McAvoy Oscars shirt campaign runs until May 16 at prizeo.com/JamesMcAvoy.