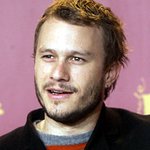 Now is the time to deck your walls with a selection of movie posters signed by your favorite stars in a new charity auction being run by ClothesOffOurBack.org.

Proceeds from the auction will go to the Screen Actors Guild Foundation, an organization that offers substantive services to Guild members in its mission to assist, educate and inspire actors in their professional endeavors and to give back to the communities in which they live. Founded in 1985, the non-profit SAG Foundation is governed independently of the Guild and funded through the generosity of grants, donations, volunteering and fundraising efforts.

The auction runs until March 23 and can be accessed here.