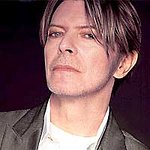 For those who want to have dinner with the stars, this could be the next best thing. A selection of dinner plates designed by celebrities are for sale, with proceeds going to charity.

The plates feature designs by David Bowie, George Clooney, Giorgio Armani, Coldplay, Minnie Driver, and Sir Michael Caine, and are part of a fundraising initiative from 21st Century Leaders, a non-profit organization that plans to raise $3 million over three years through its “Whatever It Takes” celebrity-designed merchandise. So far, the organization has raised almost $1.5 million to fund “charitable projects in developing countries, and contribute to the protection of the environment and other causes”.

21st Century Leaders was founded by Charlotte di Vita, MBE, a goodwill ambassador for the Nelson Mandela Children's Fund. The 39 year old founded her first charity, Trade plus Aid, in 1992, which has raised over $5 million and helped communities in 21 developing countries to become self-supporting. A desire to do more led di Vita to start Whatever It Takes, a unique charity art project where celebrities donate their own artwork, which is then transferred onto “merchandise with a meaning”.

“It’s 15 minutes of their time to do an artwork,” said di Vita. “And it’s not just for a one-off sale or auction – I can use it to create employment and royalties that will help the charities for years to come.”

Proceeds from the products are distributed to a charity of the designer’s choice, and the dinner plates (which retail for $20) will benefit Oxfam, Save the Children, CARE International, UNHCR, and Anti-Slavery International. Other products available include mugs featuring the designs of Claudia Schiffer, Ewan McGregor, and Nicole Kidman (also retailing for $20), T-shirts designed by the Kaiser Chiefs ($80), shoes designed by Ozzy Osbourne ($80), and wristbands by Joss Stone, Green Day, and Paul McCartney ($6).

All merchandise is available from www.whateverittakes.org.