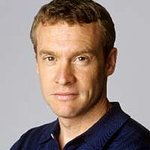 This activity-filled event will host more than 1000 at-risk children and teens, who will enjoy an afternoon of arts, crafts, food and fun, and special performances by The Fulcos and Kristy Kay alongside some of their favorite young stars, including Tate Donovan (The OC), Corbin Bleu (High School Musical), Josie Loren (Make It or Break It), Ryan Ochoa (iCarly), Chris Massey (Zoey 101), and Le Reve performers, as well as Francia Raisa (Secret Life of the American Teenager), Cirque du Soleil and Blue Man Group performers who are tentatively scheduled to appear.

“We are so excited to embark upon our third workshop in a city where it is so needed,” says CMH founder Lysa Heslov. “It is deeply rewarding to be a part of an organization that makes a profound difference in lives of children, through the power of arts and cultural programs,” adds Ben Affleck.