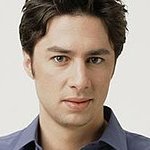 Tomorrow, April 22, will see one of the largest global events uniting the planet against climate change to be held this year. Millions of evironmentally-minded people around the planet will hold events to celebrate the 38th annual Earth Day, a massive campaign focussing on global warming and raising awareness for a cleaner environment.

First held in 1970, and established by US Senator Gaylord Nelson, the event marks the anniversary of the modern environmental movement. All over the world, the day will see concerned citizens of the planet out in force, calling for action against global warming and a healthy, sustainable environment. Breakfasts, Scuba diving contests, celebrations, parties, wine and food festivals, marathons, and concerts are just some of the thousands of events that have been planned around the globe by the Earth Day Network, the driving-force behind the event.

One of the major campaigns being promoted in the US as part of Earth Day 2008 is the Call For Climate initiative, which encourages people to ring Congress and demand climate change action to be taken.

“It doesn’t take a doctor on Scrubs to tell you our climate is changing,” said Zach Braff, who has joined Kevin Bacon and Chevy Chase in recording messages encouraging people to support the campaign. “Earth Day Network wants you to call Congress on Earth Day, April 22, and ask them to take tough and fair action on climate change. Put this number in your phone now – 202 224 3121. That’s Congress. Ask your representative or senator to bring us a healthier climate.”

Washington DC has already kicked off its Earth Day celebrations with a huge concert held on Sunday, featuring performances by Jordin Sparks, The Roots, O.A.R. and more. Speakers at the event included Russell Simmons, Edward Norton, and Tom Friedman.

Also as part of Earth Day, the Waterkeeper Alliance is running a very special auction featuring celebrity experiences, exciting autographed items, and fabulous vacations. Be sure to visit the Charity Buzz website to bid on items such as a day on the set of Damages with Glenn Close, signed X-Files memorabilia from David Duchovny and Gillian Anderson, a copy of The Comeback DVD signed by Lisa Kudrow, tickets to see Jack Johnson in Ohio, VIP tickets to see The Daily Show, The Colbert Report, The Ellen DeGeneres Show, and Dr Phil, as well as the opportunity to have lunch with Alicia Silverstone and MacGyver himself, Richard Dean Anderson. The auction runs until April 29.

For more information on Earth Day – and to find events in your area – visit the official Earth Day website.