Samantha Fox To Shock Politicians Into Action Over Tiger Conservation 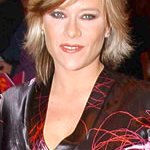 International singer, impassioned tiger conservationist, humanitarian and former model, Sam Fox, aims to shock MPs and politicians into action to save the tiger in the wild at an event outside the House of Commons at 1pm on Wednesday 26th October.

With only an estimated 3,200 wild tigers left on earth, Sam has joined TigerTime, the global campaign to save the tiger.

At the event, Sam will show MPs that the consequences of tiger poaching don’t just impact on the Far East but are evident right in the heart of London. A dead tiger and a host of exhibits made from tiger parts including ‘tiger bone wine’ will be on show. The tiger and other exhibits were all confiscated by the Met Police in London.

Sam said, ‘There are so few wild tigers left that they could all stand on a single soccer pitch. Disaster is imminent. Extinction is now not just a possibility but almost certain unless we act now. Ours is the last generation that can stop this slaughter’.

TigerTime was set up by David Shepherd CBE, the much loved wildlife artist and conservationist on his 80th birthday in April of this year. David said, ‘This crisis makes me weep with sorrow and anger. But there is hope. Thousands of people from all across the world are joining TigerTime and we are already making a difference. We are giving the brave men and women in the anti-poaching patrols the equipment to do their jobs. Some only have bicycles and are up against armed gangs of sophisticated criminals. I am so touched that celebrities like Sam Fox, Abi Titmuss, Sir Paul McCartney, Ricky Gervais, Joanna Lumley, Sir Roger Moore, Stephen Fry, Melanie C, Nigel Barker, Susan Sarandon, Michael Parkinson, Joan Jett, Anjelica Huston, Jeremy Irons, and so many others are inspiring people to sit up and take action by joining us.’

Sam added, ‘We need the whole world to stand with TigerTime. The tiger needs people power as never before. I’m urging everyone, everywhere to sign up at www.tigertime.info . Only ‘people power’ can stop this tragedy. All Governments need to play their part. Our own Government can do so much more to pressure ‘tiger range states’ to enforce measures designed to stop the poaching. In Thailand, the punishment for taking wood from a forest is greater than the punishment for shooting a tiger. The Chinese Government is failing to live up to its international obligations to protect the wild tiger. That’s why we need hundreds of thousands of people behind us at www.tigertime.info . Every sign up makes our voice louder and increases our ability to lobby Governments around the world."