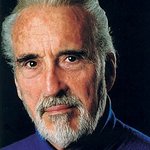 “Children are our future and what a disgrace it is that children are dying from poverty and hunger.” – Sir Christopher Lee

Lifetime World Actor recipient (his films have made more money than any other actor’s in history, over $4.4 billion), author, Flight Lieutenant of the Royal Air Force and Special Forces, Commander of the British Empire (CBE) and knighted in the Queen’s Birthday Honors in 2009, Sir Christopher Lee is an English gentlemen with a heart for protecting children’s rights. His efforts to advocate children’s basic needs and to expand their opportunities to reach their full potential through UNICEF's 2007 Child Survival Campaign are well noted.

According to UNICEF, “Although not a Goodwill Ambassador, Lee has shown his commitment to UNICEF on numerous occasions, using his name and fame to support UNICEF and lend his voice on behalf of the children of the world.”

Almost one in five children do not live to the age of five in Western and Central Africa, with 186 deaths per 1,000 live births. UNICEF’s Child Survival Campaign worked to alleviate the basic causes of death, including common childhood diseases such as pneumonia, diarrheal diseases, malaria and measles.

These humanitarian catastrophes are sad realities in many parts of the world, but artists can make a difference and Lee does his part as a supporter of Cinema For Peace, a worldwide initiative, promoting humanity through film and a platform for peace and tolerance. This prestigious event is a symbol of peace, freedom and tolerance, a symbol with a lasting effect on the world of film and media, initiating important projects and the free exchange of ideas.

Christopher Lee has passed away, but we remember his charity work.

Christopher Lee has supported the following charities listed on this site:

Google trends for "Christopher Lee"
Available to Insiders only
Get Insider Access to these insights & more... 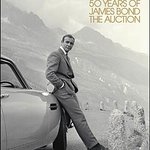 To celebrate the 50th anniversary of James Bond on film, Christie’s has announced 50 Years of James Bond – The Auction which will present a unique opportunity to acquire a piece of Bond memorabilia direct from the archives of EON Productions. More →

“10 Years of Cinema For Peace" was the theme of the Cinema for Peace Gala on February 13 at Berlin’s famous Gendarmenmarkt Concert Hall under the patronage of His Holiness the XIV Dalai Lama, featuring guests of honor Angelina Jolie and Bob Geldof. More →

We don't have any videos related to Christopher Lee.