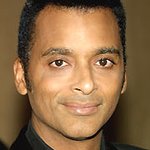 Cuban-American singer/songwriter Jon Secada is very active in raising awareness and funds for a variety of causes, including education, AIDS research, and child abuse.

Secada is a three-time GRAMMY award-winning Cuban-American recording artist and songwriter who has released a string of hits in both English and Spanish. He has sold more than 20 million albums since his self-titled debut album in 1992. Jon Secada sold more than six million copies worldwide and was certified triple platinum in the U.S., where it reached No. 15 among Billboard Pop albums. He later scored a No. 5 Pop hit with the Gold single “Just Another Day,” and three more top 30 hits, “Angel,” “I’m Free,” and “Do You Believe in Us?” The Spanish-language version of the album, Otro Dia Mas Sin Verte, became the top Latin album of 1992earning him his first GRAMMY Award for Best Latin Pop Album.

Recently, Secada participated as a celebrity contestant on Univision’s hit dance show “Mira Quien Balia” (Latin version of “Dancing with the Stars”), and he released his highly anticipated new Spanish album, Otra Vez, in February 2011. Secada is currently working on his next English album, I’m Never Too Far Away, which is expected to be released in 2012.

Secada’s father Jose was born in Cuba in 1928 and remained there until 1970 when he moved his family to the United States. After being diagnosed with chronic HCV, he waited for more than 10 years to reveal his diagnosis to his son. Jose Secada was a proud man who wanted to be strong and provide for his family. He did not feel sick initially, so he did not follow up with his doctor and never took action against his disease. Ultimately, he began to experience complications, but did not understand the potential consequences until it was too late and the damage to his liver was irreparable. Before his father passed away in November of 2011, Secada received his blessing to share their family’s story to educate others about the disease.

Jon created the Jon Secada Music Scholarship at the University of Miami, his alma mater, and has raised funds in Washington, D.C. for the national effort “Keeping Music in Schools.”

He supports many initiatives, including the Pediatric AIDS Unit at Miami’s Jackson Memorial Hospital, among other charitable organizations.

His song, “The Last Goodbye,” is a tribute to the families of the victims of the September 11, 2001, terrorist attacks. Several versions of the song were made, including an all-star version in Spanish with the participation of over 100 Hispanic Artists around the world. All proceeds of this single go to the victims’ families.

Jon Secada has supported the following charities listed on this site:

Google trends for "Jon Secada"
Available to Insiders only
Get Insider Access to these insights & more...

You can contact Jon Secada using details from this service. (Or read our advice on how to contact celebrities) 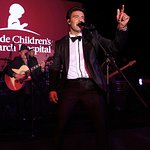 On May 17 in Miami, more than 550 guests celebrated the progress of St. Jude Children's Research Hospital at the 12th annual FedEx/St. Jude Angels and Stars Gala, an event co–founded by Daisy Fuentes. More → 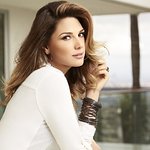 St. Jude Angels And Stars Gala To Take Place This Weekend May 15, 2014

We don't have any videos related to Jon Secada.