The ACLT was established in June 1996 by Beverley De-Gale and Orin Lewis, the parents of former Leukaemia sufferer Daniel De-Gale.

The charity raises awareness of how potential donors with the matching bone marrow type can offer hope and a healthy future to those with life-threatening blood related cancers. To make this a reality, donor registration clinics are set up throughout the UK so that people with the right match can be traced. Bone Marrow is a blood like liquid, which can be donated by one person to another in one of two simple procedures.

When the charity was initially formed, Daniel had already been suffering from Leukaemia for three years. The consultant at Great Ormond Street Hospital informed Beverley and Orin that Daniel’s only hope of survival was to receive a bone marrow transplant; however the compatible donor for Daniel could only be found within the black or mixed race population because bone marrow contains racially specific characteristics. At the time, there were just 550 black or mixed race people on the UK bone marrow registers, giving Daniel a 1 in 250,000 chance of finding a compatible donor.

Undeterred, Daniel’s parents decided to find a match themselves and the fledgling African Caribbean Leukaemia Trust was born. With their own resources and the support of well-wishers, the ACLT recruited thousands of potential donors and generated masses of publicity. Eventually, they were informed that a matching unrelated donor had finally been found and on 16th June 1999, 12-year-old Daniel received a bone marrow transplant at Great Ormond Street Hospital which enabled him to attend university and pursue as normal a life like most young people his age.

Daniel was in remission but however, due to complications with his health that led to multiple organ failure he died on the 8th October 2008 in hospital surrounded by his family. He was 21 years of age.

Today, the founders continue to drive the ACLT forward and recently they passed the milestone of 25,000 donors and many lives saved. Sufferers and their families continue to contact the ACLT from the UK and around the world asking for financial assistance or to raise awareness and recruit potential donors in an attempt to find suitable donors.

Less than 3% of potential donors on the bone marrow registers are made up of ethnic minorities. Raising awareness and potential funds for the ACLT will allow us to continue to host awareness events and registration drives throughout the UK and worldwide, thereby giving greater hope to leukaemia and bone marrow cancer sufferers of all racial backgrounds.

The aim of the ACLT is to raise the required funds to start an independent ACLT Bone Marrow Register that will allow us to undertake worldwide donor searches. The ultimate aim of the charity is to be able to fund the testing of the many potential bone marrow donors stepping forward.

The Registry will be UK based and working in conjunction with the world bone marrow registers, which will enable the ACLT to coordinate the implementation and planning of raising awareness campaigns within the UK for under-represented communities. We want to start small and, as funds start to come in, we will grow the register and recruit greater numbers of potential donors from under-represented groups around the world. In the future, we intend to have our own in-house testing & research laboratories.

There are many sufferers and their families fighting with tremendous courage and strength. We would like to ensure that their battle is not in vain.

African Caribbean Leukaemia Trust has received support from the following celebrities listed on this site: 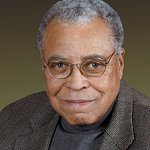 We don't have any videos related to African Caribbean Leukaemia Trust.