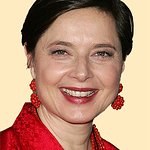 amfAR's annual Cinema Against AIDS event will be held during the Cannes Film Festival later this month.

Cinema Against AIDS 22 is presented by Harry Winston and Bold Films. The Weinstein Company is a Signature Sponsor. MoëtHennessy is Official Wine and Spirits Partner.

The annual star-studded event is one of the world’s most successful benefits, and is the most coveted ticket during the Cannes International Film Festival. Held at the Hôtel du Cap-Eden-Roc in Antibes, France, this glamorous and unpredictable gala will include several musical performances and a parade of prominent appearances, as many of the celebrity guests help with the event’s over-the-top live auction.

Longtime amfAR supporter Carine Roitfeld will once again curate a fashion show of one-of-a-kind looks from a who’s who of the world’s most celebrated fashion designers. Forty of the world’s top models (including event Co-Chairs Karlie Kloss, Adriana Lima and Irina Shayk) will participate in the spectacular black-and-white themed runway presentation, accessorized with jewelry by Harry Winston. The fashion show will be DJ’d by multi-platinum selling and Grammy Award-winning producer Mark Ronson, whose latest hit “Uptown Funk” with Bruno Mars spent 14 consecutive weeks at number one on the US Billboard Hot 100.

After the Cinema Against AIDS 22 dinner, guests will be invited to the exclusive After Party, presented by Moncler.

amfAR’s annual Cinema Against AIDS events have been important and successful fundraising events for the Foundation for over two decades, generating more than $140 million for amfAR’s life-saving research programs and keeping the fight against AIDS in the global media spotlight. amfAR continues to fund HIV/AIDS researchers worldwide, and works to translate their research into effective policy, prevention, and treatment education programs around the globe. Additionally, amfAR recently launched “Countdown to a Cure for AIDS,” a research initiative aimed at developing the scientific basis for a cure by 2020. “Countdown to a Cure” is designed to intensify amfAR’s cure-focused HIV research program with plans to strategically invest $100 million in cure research over the next five years.

Delta Air Lines is the official airline of amfAR.

Harry Winston is the official jewelry and timepiece partner of amfAR.