George Stephanopoulos And Ali Wentworth To Be Honored By GLSEN 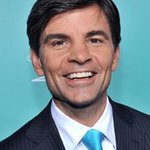 GLSEN, the leading national education organization focused on ensuring safe and affirming schools for all students, today announced that it will honor George Stephanopoulos and Ali Wentworth, Ilene Chaiken and Optimedia at GLSEN’s Respect Awards – New York to be held on Monday, May 23, at Cipriani 42nd Street.

Stephanopoulos’ co-host on Good Morning America, Robin Roberts, will present the GLSEN Respect Award to him and Wentworth.

“GLSEN is proud to recognize this year’s honorees, all of whom have played important roles in furthering our work and ensuring that LGBT youth have equal opportunities and access to the supports they need to be successful both in schools and out,” said Dr. Eliza Byard, GLSEN’s Executive Director.

“George Stephanopoulos and Ali Wentworth are actively involved in improving the lives of young people and addressing the disparities in opportunities that exist for those from marginalized communities, including the LGBT community. Ilene Chaiken has ensured that the diverse experiences of LGBT people are represented on television through her work on ‘The L Word’ and ‘Empire.’ Over the past two years, Optimedia has secured nearly three million dollars of donated advertising space to raise the profile of GLSEN’s work and to expand our reach to LGBT youth across the country.”

Stephanopoulos and Wentworth are being honored for their distinguished dedication to young people. He is a founding member of The Next Generation Initiative, a leadership program aimed at getting students involved in public affairs by providing the integral mentorship, professional development and support services needed to jumpstart their careers and build lives centered on civic engagement and service. He has an undeniably strong commitment to public service, from his work in the White House to his presence in the media.

Wentworth is a member of the Board of Directors at the Children's Defense Fund, which heightens the national conversation around the social, health and economic disparities many young people face and creates a culture in which young people’s voices and experiences are not only respected, but amplified to drive responsive public policies. She is also on the Board of Directors of Baby Buggy, which provides families in need crucial baby and child gear. Together, Stephanopoulos and Wentworth support the Child Mind Institute and David Lynch Foundation to ensure the accessibility of spiritual, emotional and mental wellness services for youth. These services are especially important for students, including most LGBT students, who face bias, discrimination and bullying as they greatly improve self-esteem, academic performance and conflict reduction.

Ilene Chaiken is being honored for providing LGBT young people with role models and increasing visibility through positive media representations of LGBT people in her work. In 2004, she created the Showtime series “The L Word” and broke new ground depicting LGBT characters, receiving significant broadcast and critical acclaim. Chaiken and the show both received GLAAD Media Awards, and cast members Pam Grier and Jennifer Beals were repeatedly nominated for NAACP Image Awards.

Chaiken currently serves as showrunner for Fox’s hit series “Empire.” The show’s depiction of Jamal, a gay man of color, has been called groundbreaking and game changing for LGBT youth of color who often struggle to find positive depictions of people like themselves in media. The show has been nominated for two Emmy and two Golden Globe Awards. A visible lesbian mom, Chaiken is an engaged member of the LGBT community who advocates for equality for LGBT people and families.

Optimedia is being honored for its leadership in media and business as a true ally to GLSEN and LGBT youth everywhere. Optimedia has partnered with GLSEN for years to develop and place meaningful public service announcements and advertising that promote all aspects of GLSEN’s work. From flagship programs like GLSEN’s Day of Silence to the launch of GLSEN’s first-of-its-kind lifestyle brand supporting LGBT youth, Optimedia has secured close to $3 million in donated ad space to share this work nationwide. The placements have included highway billboards and mall kiosks in rural regions of the country and a sky-scraper-high billboard in the heart of Times Square. Additionally, Optimedia has invested over 5,000 employee hours towards GLSEN’s initiatives, provides educational and leadership development opportunities for youth at career days, and welcomes GLSEN staff to various programs that celebrate this partnership and elevate GLSEN’s profile.­­

GLSEN has led the way on LGBT issues in K-12 education since 1990. Through ground-breaking original research, innovative program development, student leadership and educator training, community organizing, and targeted state and federal advocacy, GLSEN has seen the impact of its work with the development of educational resources, direct engagement of youth and educators, and national programs like GLSEN’s Day of Silence, GLSEN’s No Name-Calling Week, and GLSEN’s Ally Week.