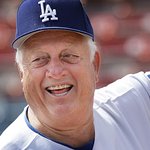 For 45 years stars from TV, Film, Music and Sports along with community members have come together to show support for the men and women who protect and serve Los Angeles.

On September 10, 2017 they will join together again to help raise funds for the Los Angeles Police Memorial Foundation at Avalon Hollywood.

Proceeds from this event benefit LAPD employees and their immediate family members, who have experienced unforeseen catastrophic circumstances, including death, illness and injury. The Memorial Foundation is the cornerstone of the Los Angeles Police Departments employee wellness program and has granted over $17 million dollars without any direct taxpayer money. The Foundation takes care of the widows and orphans of Officers killed in the line of duty when they may not have any other means. The Foundation helps ensure the children of Officers killed have the funds available to go to college, and helps with medical costs and other life necessities.

This year, the event will feature a surprise 90th Birthday celebration for one of the Foundation’s biggest supporters, baseball legend Tommy Lasorda. The evening will include red carpet arrivals, a celebrity poker tournament, casino games, great food, cocktails, music, photobooth, raffles and auctions. Along with dozens of unique and priceless entertainment & sports items in the auction, guests will have the chance to win an LAPD airship ride, LAPD SWAT Training Day, Training at the Emergency Vehicle Operation Center to learn pursuit & pit maneuvers, dinner with Tommy Lasorda and more.

PokerStars Helping Hands, the charitable arm of PokerStars, (The Stars Group) the world’s largest online poker company has been the event’s biggest supporter since it began in 2013. “Without their support again, we may not be able to hold this event that is currently the sole fundraiser to assist LAPD families enduring serious hardships. It means a great deal to us and we are grateful to PokerStars Helping Hands for the continual support.” – Al Atkins, Executive Director. PokerStars Helping Hands also donated the Grand Prize for the Celebrity Poker Tournament. The winner will head to the PokerStars Caribbean Adventure at the Atlantis Resort and Casino on Paradise Island in January 2018 for a chance to win huge cash prizes. This is one of the most prestigious poker events across the globe where in 2018 participants will have a chance to play with superstars Kevin Hart, Usain Bolt, Sergio Garcia and the top poker players in the world. “PokerStars is proud of our long-standing support for the LA Police Memorial Foundation and the support they provide for the men and women in blue who protect and serve their communities,” said Eric Hollreiser, Vice President of Corporate Communications for PokerStars and The Stars Group.
Poker Central is a new supporter of the event. The company delivers poker’s most premier content when and where you want it including live events such as the Super High Roller Bowl, Poker Masters, and the WSOP Main Event.

“This has become one of the top celebrity charity poker tournaments around. One of the special things about this event is the diversity of celebrities, sponsors and community members that continually come out to support this worthwhile cause.” -Traci Szymanski, CEO of Co-Star Entertainment