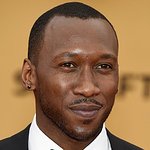 Stand Up To Cancer (SU2C), a division of the Entertainment Industry Foundation (EIF), is proud to announce that the Hollywood community is rallying together yet again to support the sixth biennial televised fundraising special on Friday, Sept. 7 (8:00 – 9:00 PM ET/PT / 7:00 – 8:00 PM CT).

Bradley Cooper, Academy Award-nominated actor, will return as co-executive producer along with the renowned live-event producing team Done + Dusted, working again with the Stand Up To Cancer production team, after a successful partnership for the 2016 telecast.

“As someone whose family has been significantly touched by cancer, I am proud to again have the privilege of co-executive producing this year’s Stand Up To Cancer telecast,” said SU2C Co-Executive Producer Bradley Cooper. “This show reminds everyone that you are never alone… that there is a community of support out there when you need it most. That’s the power of SU2C. Most importantly, the telecast showcases the significant progress being made in the fight against cancer, instilling hope in those facing the disease. This one-hour broadcast unites us all to raise funds for more effective treatments to save lives now.”

The telecast will broadcast live from The Barker Hangar in Santa Monica, CA. As in years past, ABC, CBS, FOX, and NBC, along with AT&T AUDIENCE Network, Bloomberg TV, Bravo, Discovery Life, E!, EPIX, Escape, ESPNEWS, FM, Freeform, FS2, FXM, FYI, Galavision, HBO, HBO Latino, ION Television, Jewish Life TV, Laff, Logo, MTV2, Nat Geo WILD, PeopleTV, REELZ, SHOWTIME, Smithsonian Channel, STARZ, STARZ ENCORE, STARZ ENCORE ESPAÑOL, TNT, Univision Puerto Rico, and WGN America are donating one hour of simultaneous commercial-free primetime for the telecast, with additional networks to be announced. Following the live broadcast, the telecast will be available to stream via ComedyCentral.com and the Comedy Central app, as well as its VOD partners. Aspire TV will air the Stand Up To Cancer telecast on Saturday, Sept. 8 at 8:00 AM- 9:00 AM ET/PT / 10:00 AM CT. The entire telecast will also be available to stream live and on-demand on Hulu.

“This year’s Stand Up To Cancer telecast will be full of inspiring stories and hope, uniting us all in a common cause,” said Katy Mullan, executive producer at Done + Dusted. “We will feature the patients, survivors, doctors, nurses and researchers on the front line fighting cancer every single day, as well as highlighting the groundbreaking science that SU2C funds, changing the landscape of cancer research and saving lives. It will be a celebration of the progress that is being made and affirm that when we all come together, we can achieve great things,” Mullan said.

To date, more than $480 million has been pledged in support of SU2C’s innovative cancer research. The organization has brought together more than 1,500 of the best scientists from over 180 leading institutions with an emphasis on collaborative, multidisciplinary teams that deliver new therapies and treatments to cancer patients. Scientists work together on Stand Up To Cancer’s 24 signature “Dream Teams,” among a total of 79 team science grants and awards, whose research is aimed at ending cancer’s reign as a leading cause of death worldwide. SU2C-funded researchers have planned, launched or completed more than 180 clinical trials involving over 12,000 patients.

The results have been exceptional. In just under 10 years, SU2C research has contributed to FDA approval of five new cancer therapies, including treatments for breast, ovarian, and pancreatic cancers and difficult-to-treat leukemias. Additional trial results have been submitted or are nearing completion for breast, colon, ovarian, and prostate cancers and for metastatic melanoma. Stand Up To Cancer has provided substantial funding for the study of immunotherapy in the fight against cancer, and has advanced development of technologies using blood tests to identify cancers early, imaging to understand tumor progression, and precision medicine via new laboratory tools.

As SU2C’s founding donor, Major League Baseball has continued to annually provide both financial support and countless opportunities to build the Stand Up To Cancer movement by encouraging fans worldwide to get involved, most notably through its two largest global events – the MLB All-Star Game and the World Series. In addition to MLB, SU2C’s “Luminary” donors include Bristol-Myers Squibb Company, Lustgarten Foundation for Pancreatic Cancer Research, and Mastercard. “Visionary” donors include CVS Health, Genentech, a member of the Roche Group, and the Sidney Kimmel Foundation.

The Canadian Cancer Society (CCS) and the Canadian Institutes of Health Research (CIHR) are actively collaborating with SU2C Canada. CCS is also a collaborator in the inaugural Stand Up To Cancer Canada – Canadian Cancer Society Breast Cancer Dream Team, along with the Ontario Institute for Cancer Research (OICR). Collaborators in the inaugural Stand Up To Cancer Canada Cancer Stem Cell Dream Team include CIHR, Cancer Stem Cell Consortium, Genome Canada and OICR. AstraZeneca Canada and Mastercard are the first corporate supporters of SU2C Canada.