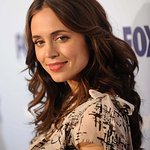 T-Mobile USA, Inc. launched the T-Mobile myFaves Shot of a Lifetime with an exclusive celebrity shoot-out in Phoenix to benefit charity. Eliza Dushku, Jermaine Dupri, Donald Faison, Bill Simmons and Zachary Levi joined Dwyane Wade in the challenge to benefit the charity of their choice during the weekend.

T-Mobile created the charity shoot-out to officially launch the Shot of a Lifetime national sweepstakes, which gives one lucky winner and their fave five the opportunity to play HORSE against Dwyane Wade during the Eastern Conference Finals for a chance at $50,000. More information on the sweepstakes can be found at www.t-mobile.com/nba or text “MYSHOT” to 72579 to enter.

Stars including Yao Ming and Gabrielle Union joined T-Mobile to witness Dwyane Wade, Eliza Dushku, Jermaine Dupri, Donald Faison, Bill Simmons and Zac Levi square off against each other on a custom myFaves half-court. Emcee Sal Masekela was on the mic, getting the crowd to cheer in support of each participant, who each stepped onto the court for three shots at the basket to win up to $50,000 for the charity of their choice. The charity challenge concluded with an astonishing $170,000 donated to Camp Hale Alumni Association, Global Exchange Uganda Trauma Center, the Boys and Girls Club of Atlanta, Global Green, The Jimmy Fund and Operation Smile.

Following the celebrity shoot-out, Katy Perry took to the stage to the delight of the crowd, which included stars such as Sarah Chalke and Chris Tucker.

True to its message of inclusion, the True Colors Festival (TCF) 2022 was livestreamed globally, allowing audience members to join from across the world. More →