Natasha Richardson To Be Honored By AmfAR 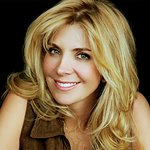 Bravo’s second annual A-List Awards will be taped in LA this weekend – ready for a broadcast later this month – and will include a special tribute to Natasha Richardson by the American Foundation for AIDS Research (amfAR).

“The A-List Awards” will team up with amfAR, the organization dedicated to ending the global AIDS epidemic through innovative research, to pay tribute to Natasha Richardson, who was a passionate spokesperson for the cause. Richardson most recently captured Bravo fans’ attention when she appeared on “Top Chef” to promote amfAR, a personal commitment since her father’s death of AIDS-related causes. amfAR – along with Richardson’s family – created a special fund for those who wish to donate in her honor all donations can be made at www.amfAR.org.

Also as part of the event, Housewives from all three Bravo series Orange County, New York City and Atlanta will meet up for a fashion face-off for charity. The women will join together for an interactive fashion show in which the A-List audience at home will vote to award $10,000 to the winning housewife’s charity of choice. Viewers can text which housewife they think deserves to win, or go online on www.BravoTV.com for video, photo galleries and to vote for their favorite.

The show will be broadcast on April 15 on Bravo.