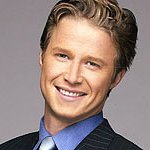 I had the honor of attending “The Noble Awards” on their first annual show honoring charities and their celebrity supporters.

On Sunday, October 18th at The Beverly Hilton, “Access Hollywood’s” Billy Bush hosted the premiere of this special event honoring Morgan Freeman with a Lifetime Achievement Award and a list of celebrity honorees from Brett Ratner to Teri Hatcher.

Guests were treated to live performances from names like Brian McKnight and Benji Madden and the famed 8-year-old piano prodigy, Emily Bear. The night was supported with a star-studded cast of performers, honorees and guests that all believe in using the power of their voice in the name of philanthropy and charity. No detail was too small for this event. The award sculpture itself was the vision of Antonio Banderas and came to life at The Art of Elysium workshop with personal touches from the children at the Shriners Hospitals for Children with the guidance of The Art of Elysium volunteer/actor/sculptor David Grieco.

The Noble Awards was an inaugural awards show that launched the beginning of a perennial movement that will encourage each and every person to give back and take action in the world today.

Each year they will recognize and honor philanthropic organizations and the celebrities that make considerable contributions to them. Some of this year honorees included Nancy O'Dell for Best Buddies International, AnnaLynne McCord for The Blind Project, Teri Hatcher for Children's Hospital Los Angeles, Brett Ratner for DoSomething.org, Billy Bush for Lollipop Theater Network, Whitney Burditt for Playing for Change, Kenneth “Babyface” Edmonds for Stand Up To Cancer, Laila Ali for Women’s Sport Foundation and a charity very close to my heart, The Art of Elysium honoring Joel Madden.

Jennifer Howell, Founder of The Art of Elysium, presented this award to Joel Madden with Lionel Richie, Allison Beck and Stacey Price: "As both an artist and a father, Joel truly embodies a sincere passion for both music and children. It was evident in his beautiful and humble acceptance speech where he expressed his heartbreak at the thought of a child spending one second inside of a hospital. A moment that was also extremely moving was when his twin brother Benji (who has spent many days with The Art of Elysium teaching guitar and participating in music workshops) shared his love for his brother with a music dedication. Nicole Richie (who has also dedicated her talents to the charity) looked on lovingly while her Father introduced Joel and thanked him for loving his daughter so much. The love, support and generosity that was shown by all members of Joel’s family are the true roots that can help take The Art of Elysium’s mission to every child that spends that terrifying one second in a hospital."

I was lucky enough to experience the vision of the Founder/Executive Producer, Janeen Mansour, prior to the event and watch it develop from an idea to a reality.

“The goal of the Noble Awards was to highlight the charities there that night and celebrities that champion them,” she said. “Our goal reached far beyond my expectations. The purpose of the Noble Awards is to create awareness and send out a call to action. I feel everyone in the room was inspired and moved and understood the message we were trying to convey. That message is to be a Noble.”

The Noble Awards are a testament to what Hollywood can achieve when it uses its voice to celebrate positive change. This event showcased just a few of the many celebrities and individuals dedicated to making a difference in the world today. It is my hope that it will serve as an inspiration to others to get involved in their charity, community or cause that has meaning to them. Being a volunteer takes less time than your yoga class and can cost you less money than your Latte. But the experience will stay with you a lifetime.

To the children, the volunteers, the unnamed angels, the celebrities, the founders, the team behind this event and to all of the people that donate their time and passion to making a difference on a daily basis, this celebrates you.