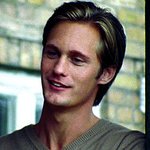 True Blood’s Alexander Skarsgård is the latest star to record a PSA for the It Gets Better campaign.

“I believe it gets better when parents start to lead by example,” says the vampire star in the new video. "We have to teach our children that, not only through our words but also through our actions, that every single human being has equal value.

“And to bully someone or for society to discriminate against someone because they have a different sexual orientation, it’s unacceptable.

“I don’t have any children yet but the day I do, I will make sure that before they walk, before they can even crawl, know how important that is and I hope you do the same.”

The It Gets Better project benefits The Trevor Project and GLSEN, and was launched in September 2010, when syndicated columnist and author Dan Savage created a YouTube video with his partner Terry to inspire hope for young people facing harassment. In response to a number of students taking their own lives after being bullied in school, they wanted to create a personal way for supporters everywhere to tell LGBT youth that, yes, it does indeed get better.

The website www.itgetsbetter.org is a place where young people who are lesbian, gay, bi, or trans can see how love and happiness can be a reality in their future. It’s a place where our straight allies can visit and support their friends and family members. It’s a place where people can share their stories, take the It Gets Better Project pledge, watch videos of love and support, and seek help through the Trevor Project and GLSEN.

On March 22, 2011, six months following the launch of the campaign, the It Gets Better Project book was released. The book , It Gets Better: Coming Out, Overcoming Bullying, and Creating a Life Worth Living is on-sale wherever books are sold. It includes essays and new material from more than 100 contributors, including celebrities, religious leaders, politicians, parents, educators, youth just out of high school, and many more. All proceeds from the book will be donated to LGBT youth charities.