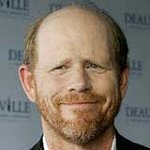 The Great Future Start Here PSA made its debut yesterday during an event at the National Press Club in Washington, D.C.

On hand for the release of “Great Futures Start Here” was its director, Academy Award-winner Ron Howard, and Club alumnus Denzel Washington, who secured Howard’s support, along with that of producer Brian Grazer and Imagine Entertainment. The spot was filmed in June in Los Angeles.

“This campaign represents an amazing level of star power, but these alumni all participated because they know firsthand the lifelong impact a Boys & Girls Club has on young people,” said Roxanne Spillett, president and CEO of Boys & Girls Clubs of America. “These individuals are living proof that Boys & Girls Clubs help create the pathway to a great future. As a result, they are passionate advocates for kids.”

Great Future Start Here … At Boys & Girls Clubs
The purpose of the Great Futures Start Here campaign is to raise awareness about the critical issues that put millions of America’s youth, and the nation’s future, at risk. Consider the following:

BGCA believes that every child – whether living in a big city, small town, Native American community, or military installation – has the potential to achieve a great future. More importantly, the 105-year-old youth organization, which serves some 4 million youth in 4 thousand communities, has evidence of its effectiveness: in a Harris Interactive survey of Club alumni, 57% said, “the Club saved my life.”

Denzel Washington – National Spokesperson for 19 Years
“I am a prime example of the need for a community-based safe haven like Boys & Girls Clubs,” said Denzel Washington, who joined the Club in Mount Vernon, N.Y. at age 6. “Without the support and mentoring of the Club, I’m afraid to think where I would be today. I certainly would not have the life I do now.” Washington will celebrate 20 years as BGCA’s national spokesperson in 2012.

“We wanted the most powerful piece of music possible, to underscore the dramatic message that what we do today to shape the future of our children is vitally important,” said director Ron Howard. “We could not have picked a more moving track. Diane’s words and Beyonce’s delivery are over the top.”

Also attending the launch event was Grammy Award-winning recording artist Ashanti, and seven-time NBA All-Star LeBron James. An alumna of Boys & Girls Clubs who appears in the new PSA campaign, Ashanti serves as the Ambassador for BGCA’s National Youth of the Year program. James is a long-time Club supporter who during the past year raised more than $3 million in funding and in-kind support for Clubs around the country. James spoke about the need for young people to make a lifelong commitment to good health and nutrition. Ashanti focused her remarks on the critical role of good character and citizenship in putting young people on the pathway to success.