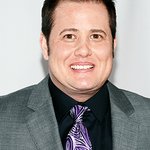 The Gay & Lesbian Alliance Against Defamation (GLAAD) will join millions of lesbian gay, bisexual and transgender (LGBT) people and allies by participating in Spirit Day and wearing purple on October 20, 2011.

Wearing purple on this day symbolizes support for LGBT people and against bullying of LGBT teens.

GLAAD is working with organizations including the American Federation of Teachers (AFT), the PACER Center, GLSEN, GSA Network, the Human Rights Campaign (HRC), PFLAG and The Trevor Project as part of National Bullying Prevention Month to inspire Americans to wear purple on Spirit Day.

Wendy Williams, Conan O'Brien, and hosts of The View, Access Hollywood Live will join CNBC’s Jim Cramer and Simon Hobbs, Dr. Drew of CNN, E!’s Marc Malkin, and Thomas Roberts of MSNBC by wearing purple on-air. Entertainment columnist Rob Shuter will wear purple on The Today Show. The Sundance Channel has announced that its on-air logo will be purple, and Seventeen magazine announced that the magazine will turn its Twitter avatar purple for the day.

MTV will be turning its on-air logo purple along with the network’s Facebook, Twitter, MTV.com and MTV Act logos. Online and on-air logos for MTV2, mtvU, MTV Hits, MTV Jams and RateMyProfessors.com will also turn purple. MTV 44 and ½, the jumbotron in Times Square, will also light purple for Spirit Day. The LAX Gateway lights at Los Angeles International Airport will also be lit purple.

Spirit Day was started in 2010 by teenager Brittany McMillan as a way to show support for LGBT youth and remember those lives lost to suicide. Millions of teachers, workplaces, media personalities and students wore purple, which symbolizes spirit on the rainbow flag.

Spirit Day coincides with GLSEN’s ‘Ally Week’ (October 17-21), a week for students to organize events that serve to identify, support and celebrate allies against anti-LGBT language, bullying and harassment in America’s schools and communities. GLSEN has partnered with GLAAD to promote Spirit Day as an event for students to participate in during ‘Ally Week.’

“From corporate America to Hollywood to local grassroots advocates, Americans are taking a stand against bullying this Spirit Day and showing all LGBT teens that it’s okay to be who you are,” said GLAAD President Mike Thompson.

The PSAs can be seen here.

Find out more about Spirit Day at GLAAD.org.