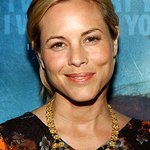 World Poker Tour (WPT), the premier name in internationally televised poker and entertainment, has announced the launch of the WPT Foundation, an organization dedicated to utilizing WPT’s unmatched platform to influence positive change in the world.

WPT Foundation will initially support nonprofit programs in the areas of environment, human rights, hunger, and poverty and has announced its world-class charitable partners as Conservation International, ENOUGH Project, We Advance and World Central Kitchen. Beyond contributing extensive cast, brand, media and corporate resources, WPT has committed an additional $100,000 cash donation to the WPT Foundation.

The core of WPT Foundation’s fundraising will be a series of philanthropic poker events called WPT Playing for a Better World. The kickoff event will take place at SLS Hotel Beverly Hills and the adjoining Bazaar by José Andrés restaurant on March 11, 2012. This exclusive inaugural affair will bring together A-list celebrities, Hollywood power brokers and some of the biggest names in poker as they help raise money and create awareness for WPT Foundation’s global charity partners. Providing the menu and food for the occasion will be world-renowned chef José Andrés, who recently won the coveted James Beard Outstanding Chef Award for 2011.

The star-studded evening will feature a set of training sessions from poker greats, followed by a round-robin style poker event, a raffle and auction with one-of-a-kind and exclusive items such as private poker lessons from the game’s legends, a private tasting party from Casa Dragones, an in-home session of WPT Boot Camp, a cabin on a WPT cruise, a deluxe helicopter tour of Los Angeles for three provided by ROTOR F/X LLC, the chance to join Fox Sports film crew at an NFL game, and much, much more.

While the event will be entertaining, WPT Playing for a Better World is about the long-term effort WPT Foundation is bringing to the global philanthropic community. “World Poker Tour has always been dedicated to supporting charitable causes, but by establishing WPT Foundation we are making a deep, lasting commitment to philanthropy the likes of which the poker world has not seen before,” said Steve Heller, WPT CEO. “With poker as a platform for an ongoing program and the support of celebrities, our poker player family and fantastic global charities, we’re confident the world will be shown how WPT and the poker community can be an engine for important change in the world, and we’re pleased to fuel that engine with an initial $100,000 donation. The launch event of WPT Playing for a Better World at the beautiful SLS Hotel will be a night to remember and the first of many such WPT Foundation events to come.”

Tickets for the launch event of WPT Playing for a Better World are $500 each, with raffle tickets beginning at $100. To purchase tickets for the event, visit WPTFoundation.org.