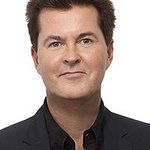 Last week in New York, British music entrepreneur Simon Fuller was honored in front of an audience of 5,000 music fans at the historic Radio City Music Hall at a star-studded benefit concert to mark the 25th year of the Children's Health Fund.

At the concert, Simon Fuller, the CEO of XIX Entertainment and creator of “American Idol”, received the Founders’ Award to acknowledge his role as Creator and Executive Producer of “Idol Gives Back”, a record-breaking TV telethon that has raised $185 million for good causes since 2007.

The Award was made by four-time Oscar nominated and Emmy Award-winning actress Julianne Moore and Emmy Award-winning broadcast journalist Jane Pauley, who revealed that Fuller’s work has resulted in over $22 million being paid out to the Children’s Health Fund, allowing the CHF to build seven new mobile clinics, to expand its clinical teams, and to increase the number of patients served by 36% over the last five years.

Hosted by founder of the Children’s Health Fund and award-winning musician Paul Simon, the event also featured appearances and filmed tributes from Al Pacino, Robert De Niro, Tom Hanks, Sting, Tina Fey, Steve Martin, Morgan Freeman, James Taylor, Stevie Wonder and others, all of whom donated their time due to the shared concern for health and well-being of underserved children in the US.

On receiving his award, Simon Fuller commented: “I visited the Bronx a month ago with Paul Simon to see the ‘American Idol’ CHF mobile units at work, and so can vouch for the amazing job that’s being done. As a first-time dad of a young baby daughter I know how important it is to look after a child’s health, and it makes me very proud to receive this award tonight on behalf of everyone involved with ‘Idol Gives Back’.”

Irwin Redlener, President and Co-Founder of the Children’s Health Fund, said: “Simon Fuller has changed the face of our organization. He has literally helped us to serve thousands of additional children and their lives will never be the same.”

The Children’s Health Fund was founded in 1987 by singer Paul Simon and paediatrician Irwin Redlener, and is the leading provider of mobile-based healthcare for the homeless and low-income children and families in the US. For more information about the Children’s Heal Fund, click here.