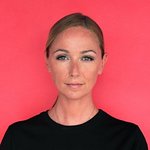 CHIME FOR CHANGE, the global campaign for girls’ and women’s empowerment founded by Gucci, is pleased to announce that THE SOUND OF CHANGE LIVE concert event has helped raise funds to support 210 projects for girls and women across the globe.

After VAT, the concert raised $3.9M USD to support projects in the three key focus areas of the CHIME FOR CHANGE campaign: Education, Health and Justice.

The CHIME FOR CHANGE campaign, launched in February 2013, presented its first major fundraising event, THE SOUND OF CHANGE LIVE, a global concert held on 1 June at London’s Twickenham Stadium. The concert brought together some of the world’s most talented artists and renowned activists to raise funds and awareness for girls and women. Headlined by CHIME FOR CHANGE co-founder Beyonce, the concert raised funds through ticket sales, mobile giving and online donations. Through Gucci’s underwriting of the concert event, each of the 50,000 concertgoers was able to donate the full value of their ticket price (less VAT and service fees) to projects of their choice.

Donations were allocated to 84 different non-profit partners through Catapult, the first crowdfunding platform dedicated to advancing the lives of girls and women. CHIME FOR CHANGE selected Catapult as a strategic partner to ensure transparency, accountability and measurable impact, by allowing the CHIME FOR CHANGE community to choose exactly where their donations go and to track the results of their contributions.

“Gucci has a long history of supporting girls and women, and we know that the solutions exist all around us. There are hundreds of credible, dedicated organizations around the world actively supporting the advancement of girls and women,” said CHIME FOR CHANGE Founder and Gucci Creative Director Frida Giannini. “My vision for CHIME FOR CHANGE was to facilitate further awareness and fundraising by bringing together a global community to support the important work that is already happening. This is the first time in history that CHARITY concertgoers have been able to choose where their money goes.”

THE SOUND OF CHANGE LIVE concert was broadcast in more than 150 countries globally reaching an audience of one billion viewers, enabling people from around the world to support real change for girls and women.

“The partnership between CHIME FOR CHANGE and Catapult channeled the generosity and enthusiasm of a massive global audience,” said Catapult Founder Maz Kessler. “By using the collective power of the crowd, CHIME and Catapult together tap into an increasingly solutions-oriented culture, enabling people to engage directly and transparently with those working on the frontlines for girls’ and women’s education, health and justice.”

Projects funded through CHIME FOR CHANGE have supported a diverse range of non-profits, from well-known global organizations to small, grassroots NGOs. Project amounts ranged from $695 to $57,750. Examples of fully funded projects include:
• $25,150 to help Syrian refugees access healthcare through Doctors of the World
• $50,020 to showcase the stories of sex trafficking survivors through Equality Now
• $15,005 to send 30 girls in Houston to Camp SMART through Girls Inc.
• $57,750 to build the first floor of Humaira Bachal’s Dream Model street school in Pakistan – further supported by a matching grant from Madonna's Ray of Light Foundation to complete the school building

Donors not only have the unprecedented chance to choose exactly where their money goes, but can also regularly monitor the impact of their contributions. Partner non-profits submit reports to donors via Catapult at regular intervals, describing how each project is improving the lives of girls and women. In this way, CHIME FOR CHANGE is leveraging the power of technology to keep its community engaged and inspired.

“The Gates Foundation believes strongly in the power of innovation to drive change,” said Kate James, Chief Communications Officer at the Bill and Melinda Gates Foundation. “We were enthusiastic to partner with CHIME FOR CHANGE because of the campaign’s unique ability to bring women’s and girl’s issues to a global audience, and through Catapult give donors direct access to the real people and work being done on the ground.”

Over the course of the next year, CHIME FOR CHANGE will continue to convene, unite and strengthen the voices speaking out for girls and women around the world through special events, new partnerships and the ongoing creation and dissemination of unique journalistic and film content, especially through its digital and social media platforms. In June 2014, CHIME FOR CHANGE will celebrate the global impact of its community’s engagement with an event that will highlight the progress of the first year of the campaign.

“It’s so important to drive awareness to the issues surrounding girls’ and women’s empowerment,” said Carolyn Everson, VP of Global Marketing Solutions at Facebook. “Facebook is an ideal platform to support Chime for Change, with over 1.1B people discovering what matters most to them, including these issues that touch our lives and are critical to the future of women globally.”

CHIME FOR CHANGE comes at a historic and pivotal moment for girls and women globally, as the world’s attention is drawn to international stories ranging from the fight for girls’ education in Pakistan to headlines of violence against women in all corners of the world. The campaign brings together a coalition of organizations and individuals to effect meaningful change for girls and women worldwide. In addition to Catapult, the campaign’s strategic partners include the Kering Foundation, the Bill & Melinda Gates Foundation, Facebook and Hearst Magazines.