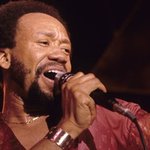 “Legends Beyond” proceeds and donations will benefit the Michael J. Fox Foundation for Parkinson’s Research, a disease that affects over 1.5 million people within the United States.

This elite event will honor multi-Grammy winning group Earth, Wind & Fire's founding member, Maurice White, Grammy winning artist Howard McCrary, and many others who have joined the fight against this disease. The First Annual Legends Beyond also celebrates the birthday of legendary Jazz vocalist Freda Payne as well as the anticipated release of her newest jazz album from Mack Avenue Record label.

The event will consist of a vintage glamour themed evening including a premium cocktail hour, silent auction, live musical performances from some of the most celebrated acts of our time, as well as those from our future. There will be a tribute segment honoring the legacy of Earth, Wind & Fire’s Maurice White, Freda Payne, and Howard McCrary with Lifetime Achievement Awards. Catering will be provided by Celebrity Chef KAY, Fashion Show by Celebrity Designer to the stars “M” for Mthemovement, Jonathan A. Logan and newbie Bentlee Wear with flowing champagne throughout the evening.

About Team Fox: Team Fox started in 2006 as the community fundraising division of The Michael J. Fox Foundation. Currently, Team Fox has over 1500 active members and has raised more than $22 million toward accelerating a cure for Parkinson’s disease and improved therapies for those living with the condition today. The Michael J. Fox Foundation, the largest private funder of Parkinson’s Research, pursues its goals through an aggressively funded, highly targeted research program, and has invested more than $313 million in research to date.

Over five million people worldwide are living with Parkinson’s disease, a chronic, degenerative neurological disorder whose symptoms typically progress from mild tremors to complete physical incapacitate. In the United States, an estimated 60,000 new cases will be diagnosed this year alone. There is no known cure for Parkinson’s disease. Current treatments mask symptoms but do not alter or slow disease progression.