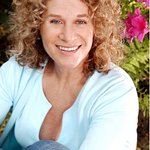 A plethora of stars will perform in honor of Carole King next month.

The multi-GRAMMY-winning King will also perform. Television personality Jimmy Kimmel will be the evening’s host.

King is being honored as the 2014 MusiCares Person of the Year in recognition of her extraordinary creative accomplishments as well as her significant charitable work, which has included a range of philanthropic activities over the years. In addition to her continuously evolving musical career, King is actively involved with environmental organizations in support of forest ecosystem protection as well as a range of political causes.

The gala will begin with a cocktail reception and silent auction, sponsored by the Starkey Hearing Foundation, that will offer an exclusive and unparalleled selection of luxury items, VIP experiences, and one-of-a-kind celebrity memorabilia for bidding guests. The auction will be followed by a gala dinner sponsored by AEG, and a star-studded tribute concert sponsored by Acura/ELS Studio. Acura RLX is the MusiCares “Vehicle of the Year.” During the gala dinner, a live auction will feature an exciting array of items, including a customized Acura RLX. This year’s red-carpet press arrivals area will be sponsored by Degree, the publishing sponsor will be Disney Interactive, and the honoree tribute video will be sponsored by Rhapsody International.

Proceeds from the 24th annual benefit gala dinner and concert will provide essential support for MusiCares, which ensures that music people have a place to turn in times of financial, medical and personal need.

The MusiCares Person of the Year tribute is one of the most prestigious events held during GRAMMY Week. The celebration culminates with the 56th Annual GRAMMY Awards on Sunday, Jan. 26 at Staples Center in Los Angeles. The telecast will be broadcast live on the CBS Television Network at 8 p.m. ET/PT.