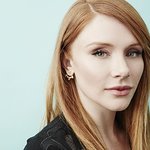 WildAid, the global nonprofit organization leading the fight to end the illegal wildlife trade, announced today that it will honor actresses Bryce Dallas Howard and Danai Gurira as this year’s Wildlife Champions at its annual fundraising gala on Nov. 10 at the Beverly Wilshire, A Four Seasons Hotel.

Tickets and tables for the charitable evening celebrating progress in the protection of endangered species and marine habitats are available now. This year’s event will highlight WildAid’s successful collaboration with China to reduce the demand for illicit wildlife products, including China’s landmark decision to ban ivory in December 2017.

With sponsors including Bentley Heritage, “An Evening in China” will feature musical entertainment by 16-time Grammy-award winner David Foster, as well as captivating performances from The Cirque. Guests will enjoy a vegetarian meal specially curated by celebrity Master Chef Martin Yan following a cocktail and hors d’oeuvres reception. Attendees will also participate in a silent auction and live appeal offering luxury items and once-in-a-lifetime experiences.

Howard and Gurira recently partnered with WildAid to release PSAs in support of saving rhinos from poaching with the poignant and hard-hitting message that it is up to humans to protect them because “When the buying stops, the killing can too.”

WildAid produces impactful, Hollywood-quality public service announcements for a fraction of the cost and distributes them to millions of viewers a week through extensive pro bono and earned media placements. In September, WildAid released a new report showing a dramatic decline in rhino horn prices (70 percent); and in recent years, shark fin consumption in China has gone down by 80 percent.