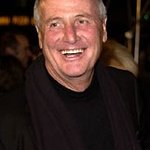 On December 10, the UNICEF Ball brought together Hollywood’s biggest stars for a fundraising gala to honor those individuals who have made key contributions to UNICEF’s mission to save and improve children’s lives worldwide. The evening raised more money for the organization than any UNICEF Ball to date.

“We are honored to present Jerry as an exceptional individual who has demonstrated visionary and transformative leadership on behalf of children worldwide with the Danny Kaye Humanitarian Award.” said Caryl Stern, President and CEO of the U.S. Fund for UNICEF. “His philanthropic commitment to UNICEF’s mission to reach a day when zero children die from preventable causes, is truly inspirational.”

The UNICEF Ball was co-chaired by Bryan Lourd, Ghada Irani and Tamar & Bob Manoukian. The evening included performances by Paul Anka, Tony Bennett, Jane Morgan-Weintraub and Franki Valli & The Four Seasons. Paul Anka added his own special touch to the night by changing the lyrics to his popular song “My Way” to reflect the guest of honor. George Clooney, Bruce Willis and Bryan Lourd were among those who spoke about Jerry Weintraub as a friend and colleague. Guests were also treated to special surprise appearance by Mr. Weintraub’s long-time friend Muhammad Ali.

During dinner, George Clooney presented the Danny Kaye Humanitarian Award to Jerry Weintraub, Special Advisor to UNICEF USA. Weintraub’s more than 40 year career in entertainment has spanned all genres of music, film, Broadway Theatre, concerts and television. A celebrated producer and entertainment mogul, Weintraub has produced numerous blockbuster hits such as the Ocean’s 11 series and he has founded several successful production companies including Jerry Weintraub Productions. Committed to helping others in need, Weintraub’s philanthropic endeavors are just as great as his professional career. Most recently, Not On Our Watch, co-founded by Weintraub, has supported UNICEF’s at-risk Zimbabwean refugee children living on the South Africa-Zimbabwe border.

“Every day 24,000 children die from preventable causes. I believe that number should be zero,” said Jerry Weintraub, Producer and Recipient of UNICEF’s Danny Kaye Humanitarian Award. “UNICEF has saved more children’s lives than any other humanitarian organization in the world and I am committed to supporting their efforts to provide children worldwide the essentials for a safe and healthy childhood.”

In spirit of the evening, Jerry Weintraub, Brad Pitt, George Clooney, Matt Damon and Don Cheadle donated $250,000 on behalf of Not on Our Watch in support of UNICEF’s mission to reduce the number of preventable deaths of children from 24,000 to zero.