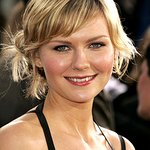 The Art of Elysium annual Heaven gala attracted a massive group of celebrity supporters this year.

The Art of Elysium is a non-profit organization, founded in 1997 by Jennifer Howell, which encourages actors, artists and musicians to voluntarily dedicate their time and talent to children who are battling serious medical conditions. They provide artistic workshops in the following disciplines: acting, art, comedy, fashion, music, radio, songwriting and creative writing. They work with numerous hospitals and hospices throughout Los Angeles, California and began servicing hospitals in New York, New York in 2009.