Female Stars Line Up For Charity On Lilith Fair Tour 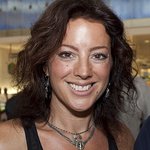 The tour will raise funds for women’s charities in each city it visits, and organizers have launched Choose Your Charity on Facebook to help decide the beneficiaries. According to the organizers: "By becoming a fan of the Lilith Facebook page, users can participate in the Lilith-Involver Choose Your Charity campaign, where they’ll have the chance to vote on the pre-selected local women’s charities in their cities.

“The first round of voting goes until 11:59 PM PST on Monday, May 3, 2010. At that time, the top five charities from each city will move on to a second round of voting beginning at 10:00 AM PST on Tuesday, May 4, 2010 and ending at 11:59 PM PST on May 31, 2010. The Lilith founders—Sarah McLachlan, Terry McBride, Dan Fraser and Marty Diamond—will hand pick the local charity winners from the top three charities with the most votes in each city. The 2010 Lilith Tour promises to donate $1 from every ticket sold in a particular city to its chosen local charity, and Sarah McLachlan will personally present a check for the amount raised to charity representatives in each city.”

The tour kicks off in Calgary on June 27, with 11 artists performing at each of the 36 shows until the tour ends on August 16 in Dallas. Other stars confirmed to take part are The Bangles, Beth Orton, Corinne Bailey Rae, Emmylou Harris, Ke$ha, Martina McBride, Mary J. Blige, Norah Jones and many more.