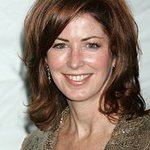 The Jeopardy! Million Dollar Celebrity Charity Invitational is well under way, and will be taping its semi-final and final rounds this weekend in Los Angeles.

The competition started last September, with contestants such as Dana Delany, Doug Savant, Hill Harper, David Duchovny, Anderson Cooper and a host of other famous faces playing the game show for charities such as UNICEF, the American Cancer Society, the Scleroderma Research Foundation, the Michael J. Fox Foundation and more.

The winner of each game so far has won a minimum of $50,000 for their charity, and the grand winner will win $1 million for their chosen cause.

Find out more, including broadcast dates, at the official website.