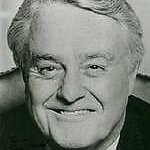 It was 8 years ago that the brother-in-law of former President John Kennedy and the late Senators Robert and Edward Kennedy, announced that he had Alzheimer’s disease. He died on January 18, at the age of 95.

“He was a man of giant love, energy, enthusiasm, and commitment. He lived to make the world a more joyful, faithful, and compassionate place,” the Shriver family said in a statement. “He worked on stages both large and small but in the end, he will be best known for his love of others.”

Sargent spent his life working to make life better for others. He founded the anti-war group America First, though when it became clear to him that the people needed help during World War II, he enlisted in the Navy, serving 5 years.

In the 1960s, Sargent served in the Kennedy and Johnson administrations as the Director of the War on Poverty.

President Lyndon Johnson gave Shriver a budget of $1 billion dollars, and 60 days to prepare a program for the approval of Congress.

He was the driving force behind the Peace Corps, and served as the first Director from 1961-1966. He also founded the Job Corps and Head Start. In 1984 he became President of the Special Olympics, serving for many years and eventually being elected Chairman of the charity in 2003. He was also instrumental in launching VISTA, a domestic version of the Peace Corps, and Legal Services for the Poor, Community Action, Upward Bound and Foster Grandparents.

In 1994, President Clinton awarded Shriver the Presidential Medal of Freedom, the United State’s highest civilian honor, in recognition of his devotion to public service. Clinton served as one of three eulogists at the funeral.

President Obama said in a statement, “Over the course of his long and distinguished career, Sarge came to embody the idea of public service. His loss will be felt in all of the communities around the world that have been touched by Peace Corps volunteers over the past half century and all of the lives that have been made better by his efforts to address inequality and injustice here at home.”

In a 2004 New York Times story on the Peace Corps, Shriver told graduating students at Yale, his alma mater, to break all their mirrors, saying, ‘’Yes, indeed, shatter the glass. In our society that is so self-absorbed, begin to look less at yourself and more at each other. Learn more about the face of your neighbor, and less about your own.’’

Shriver is survived by 5 children and 19 grandchildren.