Stars To Go Barefoot For Charity 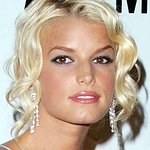 Soles4Souls has announced its schedule for Barefoot Week 2011, which includes media events and shoe distributions in seven cities.

As it does each year during the first week of June, the non-profit organization will be distributing thousands of pairs of new shoes in the United States while it also collects much needed donations through shoe drives at schools, churches and community centers. The charity is asking Americans to choose one day during the week to go barefoot—at the office, at school or in public— to raise awareness for the millions of people worldwide who live in extreme poverty and can’t afford shoes.

“It’s an honor to donate shoes to help Soles4Souls as they do incredible things for the less fortunate people in this world,” said Jessica Simpson. “I encourage everyone to lend support.”

Barefoot week will begin on June 1st with “National Barefoot Day.” The first shoe distribution will be held in Detroit, with events in Boston, St. Louis, L.A., Atlanta, and Newark to follow. StubHub and Ebay are also hosting a Take Off Your Boots event in San Francisco on June 5th, and individuals who bring a pair of shoes to the Hard Rock Cafe will receive a free pair of U2 tickets (quantities are limited, first come, first serve basis) for the show the following evening.

“I’ve got sole but I’m not a soldier,” says Perez Hilton. “However, with Soles 4 Souls I am helping to fight the war against poverty in my own small way by giving to those in need.”

“Barefoot Sunday” (June 5th) offers unique opportunities for congregations to remove their shoes and walk out of worship services barefoot. The efforts of participating congregations will help put shoes on the feet of the 300 million children around the world don’t own a single pair of shoes. Northstar Church in Atlanta will host Soles4Souls Founder and CEO Wayne Elsey that morning to go barefoot on stage and talk about the importance of shoes in developing nations.

“We want to invite people to join hundreds of thousands of Soles4Souls supporters around the world to participate in Barefoot Week,” said Mr. Elsey. “Anyone can make a difference to someone in need by starting their own shoe drive, cleaning out their closet, sending us a new pair of shoes or making a simple monetary donation. Our charity thrives on the active involvement of everyday people making the decision to step up and help less fortunate people, both here in the United States and around the world,” he added.

“You know you’re NEVER gonna wear those shoes that are sitting in your closet,” said Zach Braff. “The ones you don’t even consider anymore; they’re just there to make it look like you’ve got a lot of shoes… It’s time for them to go. Let someone else walk in your shoes. Donate your shoes to Soles4Souls and help some of the millions of children around the world in need. It takes 2 seconds and you’ll feel good all day. I promise.”

“It is easy to support charities like Soles4Souls that help children of all cultures,” adds Donald Faison. “Monies raised pay for expensive shipping and even a small donation of $5 for new shoes will help those children who are battling life’s problems and need a positive step up.”

Get more information about how you can get involved, visit www.barefootweek.com.