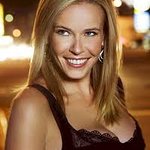 The event will take place at Milk Studios in LA on October 11, and will feature cocktails and fashion, dinner and live entertainment.

The Inspiration Gala will honor Kevin Huvane, with special guest Sarah Jessica Parker. There will also be a live performance by Katy Perry.