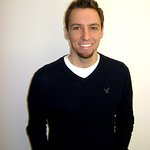 Trey Morgan is a national radio personality who can regularly be heard lighting up the airwaves on New York City’s Z100 as well as several other stations across the country. Born in LA and raised in Dallas, TX, Trey found his calling in Florida where he got his start interning at a small radio station, 95-1 The Beat. While working in Florida, Trey gained experience as both a producer and programmer before emerging as on air talent.

Feeling as though he had gained all of the experience he could in Florida, Trey spent the next several years working at other stations around the country including Kiss 108 in Boston, 98.9 Kiss-Fm in Louisville, and KC101 in Connecticut, improving his skills and honing his craft before making the move to NYC.

As an on air personality at Z100, Trey has gained a following as the “voice of now”. His honest nature and charismatic personality have led to opportunities as a fill in for Hollywood Hamilton’s nationally syndicated show “The Weekend Top 30”, and co-host of the nationally syndicated show, “Weekend Throwdown with Jagger”. Trey has also begun to branch out beyond radio into television, film, and voiceover work. Trey has acted as host of the music intensive TV show “Standing Room Only”, the reality show “Fast and the Frustrated”, and is currently a VJ for PTV.

From an early age Trey showed a love of music and as an adult still enjoys spending his free time song writing as well as spending time with his wife, staying active through running and boxing, cooking, and traveling. Trey is also passionate about giving back to the community and will be pursuing a self-designed philanthropic challenge during the month of September 2010 entitled “30 Deeds, 30 Days”.

Trey Morgan has supported the following charities listed on this site:

Activity
Social reach
Google trends for "Trey Morgan"
Available to Insiders only
Get Insider Access to these insights & more...

You can contact Trey Morgan using details from this service. (Or read our advice on how to contact celebrities) 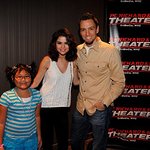 New York City based radio personality Trey Morgan has completed a journey designed to shock him into a more philanthropic way of life – with the help of his celebrity friends on the way. More →