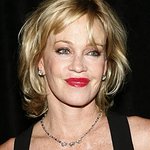 This year will see Melanie Griffith present a lifetime achievement award to her mother, 80-year-old Tippi Hedren, for dedicating the last 40 years to the protection of animals and raising awareness of the exotic pet trade.

“Tippi is an extraordinary woman – both a hands-on caregiver to 63 discarded big cats at the Shambala Preserve, as well as a tireless activist who continues to work in support of federal legislation that would ban the breeding of and the trade in exotic animals in the U.S.,” said Beverly Kaskey, senior director of the Hollywood office of The Humane Society of the United States and executive producer of the annual Genesis Awards.

The Awards will take place this Saturday at the Beverly Hilton. To read last year’s winners, click here. Tickets for the event start at $350 individually and go up to $50,000 for a ten-person table. More information on the Genesis Awards can be found here.