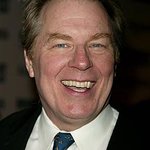 Actor Michael McKean (“Laverne and Shirley” and star of Broadway’s “Superior Donuts”) prevailed as champion of the Jeopardy! Million Dollar Celebrity Invitational Tournament during the weekend — winning $1 million for his charity the International Myeloma Foundation (IMF). This is the biggest amount ever awarded to charity in “Jeopardy!” history. It is also the largest single donation ever received by the IMF.

Myeloma is the second most common blood cancer after lymphomas, affecting an estimated 750,000 people worldwide. McKean became passionate for the cause when his friend, musician Lee Grayson, passed away from myeloma eight years ago. Regarding today’s victory, McKean said, “If some breakthroughs can be made or more research can be done due to this win, it would be incredible. There are so many amazing people at IMF who do great work.”

According to Susie Novis, president and co-founder of the IMF, McKean’s donation will be used for a special fund in honor of McKean and Grayson. “The money will fund research to find a cure and to help patients and their families through education,” Novis said. “His win has shown us how empowering being informed can be — it can change the lives of people all over the world!”

McKean defeated actress/comedienne Jane Curtin (“SNL,” “3rd Rock From the Sun” and “Kate & Allie”) and Cheech Marin (“Cheech & Chong” and “Lost”) in the two-day finals for the $1 million grand prize. As runner-up Curtin won a quarter million dollars on behalf of the U.S. Fund for UNICEF, and Marin received $100,000 for the Hispanic Scholarship Fund. These earnings are in addition to the $50,000 each received during the quarterfinals. After the tournament, McKean said, “It was really daunting to play against such smart people. Everyone was really fast on the button!”

Host Alex Trebek said, “This was a really close match up. Each of the celebrities played brilliantly over the two days. It really came down to that second final match. It’s what makes ‘Jeopardy!’ so exciting – you never know who will win!”

Since its September kick-off, the tournament has hosted 27 celebrity contestants who competed in a series of monthly quarterfinal matches. A total of over $2.5 million has been donated to local and national charities selected by the stars.

The other celebrities who participated, their charities and total winnings: