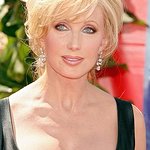 Morgan Fairchild, known to the masses as a captivatingly beautiful multi-talented star, began her activism through the back door with an early interest in science. In her youth, Miss Fairchild was a shy bookworm who dreamed of becoming a doctor. Although she decided to follow her heart and pursue a career in acting, Morgan never lost her desire to learn about the world around her, and it’s growing needs. Once she became a celebrity, Miss Fairchild lent her name to many political and humanitarian causes where she felt that she could have the most positive impact.

Miss Fairchild has long been recognized for her works by Barbara Walters, Larry King, Bill O'Reilly, Chris Matthews, Bill Maher and Alan Colmes. Dr. C. Everett Koop hand-picked her to fill-in for him at rallies and give speeches on his behalf during the early years of the AIDS crisis. Major news sources such as CNN, CBS, NBC, ABC, MSNBC and numerous publications have also recognized her for her philanthropic work. Morgan Fairchild’s tireless efforts have proven that she has a lifelong commitment for effecting change.

Morgan Fairchild has supported the following charities listed on this site:

Google trends for "Morgan Fairchild"
Available to Insiders only
Get Insider Access to these insights & more...

You can contact Morgan Fairchild using details from this service. (Or read our advice on how to contact celebrities)

Celebs And Others To Participate In Annual Architects For Animals' Giving Shelter Event Sep 4, 2017

One of this year’s most innovative design events, Architects for Animals “Giving Shelter” exhibit, returns to the Herman Miller Showroom in Culver City on October 19th 2017. More →

Barbara Davis will host the 2016 Carousel Of Hope Ball in October. More →

We don't have any videos related to Morgan Fairchild.