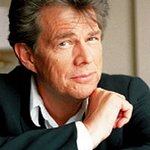 Over 60 superstars have signed David Foster's one-of-a-kind Yamaha grand piano, which will be auctioned live and via the internet during the 2006 David Foster and Friends Gala.

The piano has been used in dozens of major performances including shows in Las Vegas, a recent performance at David’s home by Barbra Streisand, Muhammad Ali's Celebrity Fight Night to benefit the Muhammad Ali Parkinson Center, and Andre Agassi's Grand Slam for Children benefitting underprivileged and abused children through the Andre Agassi Charitable Foundation.

Some of the celebrities who have signed the piano are Barbra Streisand, Céline Dion, Faith Hill, Reba McEntire, Sting, Tim McGraw, Robin Williams and Donald Trump.

Foster says, “My favourite songs have been performed on this piano by the original artists. It has been with us for some truly great events at some spectacular venues. I am thrilled that its legacy will help improve the lives of families and children in need.”

The piano will be on public display at the River Rock Casino Resort in Vancouver until September 10, the night of the gala. All proceeds go the the David Foster Foundation and will benefit families of children in need of organ transplants.